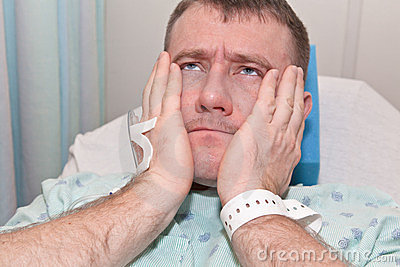 In my practice of 29 years, I have made it a rule not to treat clients who have schizophrenia or multiple personality disorder. Four years ago a lovely Japanese family asked if I could help their son who was only 30 years old diagnosed with schizophrenia.

I tried sending them to a psychiatrist I knew who actually treats this population and has seen a link between this diagnosis and past lives. However, she was in another state and charged an enormous amount of money.

The boy’s parents pleaded with me since they had tried all of the traditional routes and was confident this modality could help. I finally agreed if their psychiatrist consented and felt this work wouldn’t harm him in any way.

I explained how past life therapy works in that I take my clients under hypnosis to the root of their problem, his being his schizophrenia, and the subconscious will take us to what caused it. I would then release the energetic blocks that he would hold from past traumas or emotions. I would do this with breath work or visualization. Normally, the energy would dissipate and the condition or issues would disappear. I explained that I had never used my work with someone having schizophrenia unsure how they would react to what they would experience. I wasn’t sure it would work at all but willing to try it, since this was their last hope.

I will call my client Joe, to protect his identity.

Joe and both parents came to my office nervous and hopeful. They were very respectful to their son and myself. They sat quietly on the couch in my office while Joe sat in my hypnosis chair, a reclining chair.

When I asked Joe for information about his condition, he mentioned he was hearing voices in his head of first his sister who kept talking about how he wasn’t a success. This would happen when he would try to sleep at night mostly. In the history intake he told me he had this reoccurring dream and was always nervous, stressed and uncomfortable in school. He seemed fearful of his friends and his sister. So for our first session I had him go back to the root of hearing the voices he heard every night that gave him his nightmares. Joe went back to very old times in China, he wasn’t aware of the dates back then. He was a soldier and had to learn martial arts. He was never sure of what he was doing when he had to fight. He found himself alone most of that life until he was in his 40s. He finally found himself a wife. The wife was his sister in this life. His choice was not a fruitful one since she was an angry woman who would blame him for everything. Nothing he could do would ever be right.

His wife left him when he was 50years old. After a big earthquake, in his loneliness, he started to help his neighbors with rebuilding houses, and anything he could that would help them. They all grew to love and respect him, which made him feel less lonely. He could always hear his ex-wife’s anger and blame in his head instead of the good compliments from his neighbors.

In his 60s he was dying of old age. His last thoughts, which can be carried into this life in a drama, part of one, or a physical ailment, was that he wished he could have proven how successful he was with his building talents to his wife.

His neighbors all thought so and if only she could.

Joe left that life caring his sorrow and regrets from that life that he had from his wife, which again is his sister in this life.

We released his sorrow and regrets and embraced the joy from his neighbors. I explained to Joe that was where his dreams of his sister had been coming from, thinking he was unsuccessful in this life. That she really didn’t feel that way here.

At our next session Joe no longer heard his sisters voice telling him that he was not successful here. Joe also seemed much calmer.

Joe has had 60 past life regressions with me over the course of 4 years and each one peeling always-another layer of his fears. More than half have been as a warrior who was either killed on the battlefield, stabbed in his home, or poisoned to death. His deep paranoia of someone trying to kill him was real lifetimes ago. His fragile psyche has had those lifetimes bleed through from his cellular memory causing him to believe it will happen again in this life. His fears have gotten less and less, the paranoia has also gotten less, and he is trying to live in this life the best he can while he still had a foot rooted to his past lives. We are now exploring not his issues but his most joy filled, loving, peaceful lifetimes, to erase the negative effects from the past, placing only positive ones into his future.

We have come a long way in healing. But this work has been significant in helping to put understanding around why this has happened in this life.

This work is worth exploring with this population. We are learning so much about how the mind works and the importance our DNA plays in presenting our memories.

I am grateful for Joe and his family for being such good teachers to me, expanding my work even further so that I can help more clients that have this disability in the future.